How many times have you heard that you can make a full time living online by blogging about what you love? The concept has been around at least for as long as I’ve been online. If the truth is to be told, it is the reason that I got into affiliate marketing in the first place. It all seemed so simple. Select a topic that I liked and blog about it.

It wasn’t simple. Not at all. The truth is that the online marketplace is highly competitive in most broad categories. To blog and obtain viable search engine rankings was nigh on impossible unless you were prepared to do a boatload of competitor analysis and keyword research. Keyword research is about as exciting to me as watching grass grow and about half as entertaining.

I had a modicum of success with a guitar review site called Six String Wizard. But my keyword research wasn’t as good as it could have been and the site did nothing to make itself special. I ended up selling it and moving on.

I should not have. I should have stayed the course and built the site out further and I should have worked harder at monetising the site appropriately.

I would have given my eye teeth for the guidance that Solo Build It provide.

The rather disappointing thing from my point of view was that I was aware of Solo Build It (then known as Site Build It) but thought that I could get better advice elsewhere from several big-name SEO gurus. SBI also were using basic site-building software that was, in my view, not as good as what self-hosted platforms like WordPress were offering.

I was probably right on the WordPress score, but wrong in every other respect.

The simple fact is that Solo Build It teaches a process of building a niche website that will rank for highly profitable keywords. They also teach you the best ways to monetise your site for profit. No other platform that I am aware of does this as methodically or as clinically as Solo Build It does. What’s more, Solo Build It recognise WordPress as wonderful site-building software. They’ve bolted their solo build it system onto WordPress and the result is a system that will give you your best chance to succeed in the niche marketing space.

Does this mean Solo Build It is something you should explore?

I wouldn’t say that Solo Build It is for everybody.

But, if you’ve got a passion for your work or hobby and you would like to explore how that passion could become a means of earning a potentially lucrative income, then Solo Build It could very well be an option that you should explore.

This is not something you can dabble at. It is something that can earn you a substantial real income. The key though, in my opinion, is that you must have a passion for what you want to build your business around. If that sounds like you, then Solo Build It is something that you should definitely investigate further. 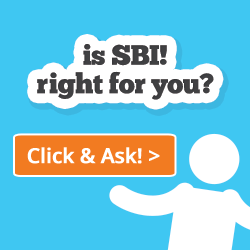 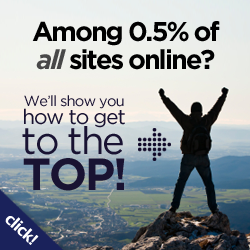 You’ll never know unless you at least take a look…